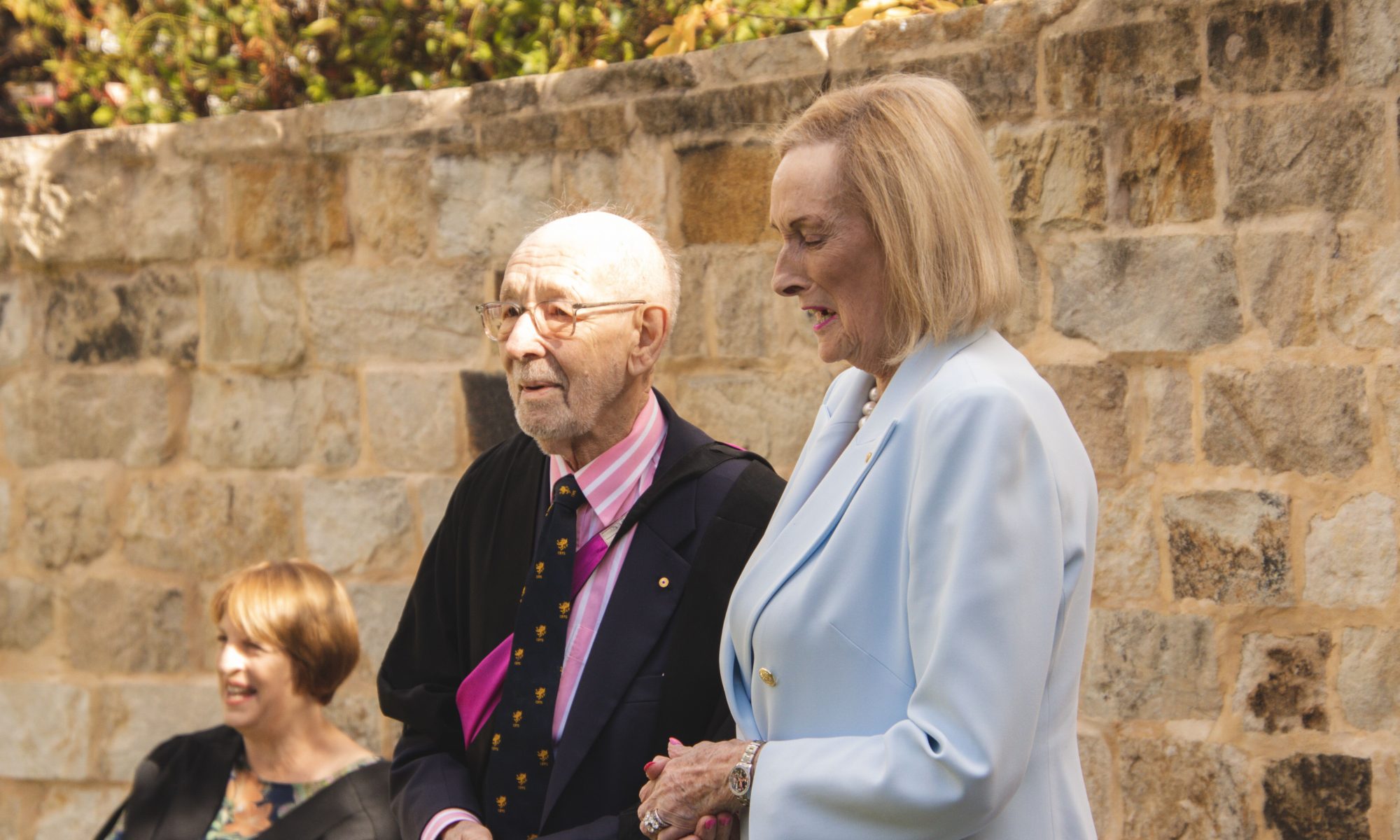 In bright autumnal sunshine on Founders’ Day, some 150 members and friends of the College enthusiastically toasted Mr Ian Wall AM and Mrs Pamela Wall OAM to thank them for their great generosity to the College – most recently funding the carpark extension – and to mark Ian’s 90th birthday.

The Head of College, Professor Don Markwell, also announced that, in recognition of their unparalleled philanthropic support for the College and our students, the College has commissioned a joint portrait of Ian and Pamela Wall. It will be painted this year by the portrait artist Tsering Hannaford.

Ian and Pamela Wall are the largest donors to the College in its history, and their most recent gift has funded the extension of the College carpark now to provide some 160 secure under-cover parking spots.

Ian, who was a resident student at St Mark’s from 1950 to 1954, turns 90 on 15 May. In the Founders’ Day morning tea on the College Green, following the traditional toast to the Founders and then the toast to Ian and Pamela Wall, the College Choir led the singing of “Happy Birthday” as Ian cut the birthday cake.

In reply to the toast, Ian spoke warmly of his time at St Mark’s – including an amusing anecdote of his early days as a student in 1950 which reflected the wisdom of the founding Master, Sir Archibald Grenfell Price.

“Today, we also want to toast two people whose remarkably generous support for the College has been truly transformative – Ian and Pamela Wall.

Ian was a student at St Mark’s from 1950 to 1954, while studying Electrical Engineering at the University of Adelaide. Affectionately known by the nickname ‘Prof’, Ian was an eager participant in College life, and was on the College Club Committee from 1952 to 1954, and Club Treasurer in 1954.

Meanwhile, Pammie was training to be a nurse nearby at the Women’s and Children’s Hospital, later supporting Ian in, amongst much else, the development of the communications technology company Codan, which Ian co-founded in 1959. It has been brilliantly successful.

Ian has said that he owes much of his success in life to his time at St Mark’s, and in gratitude for that, he and Pammie have together been extraordinarily supportive of the College and of our students – helping St Mark’s to offer current and future generations the best life-changing opportunities we can provide.

Ian and Pammie’s support has been indispensable to the completion of the flats in this north-west corner of the College; the East Wing, which includes the gym, the Ian and Pamela Wall Academic Centre, and two levels of excellent student accommodation; and the secure multi-storey car-park, including in the last year the addition of new levels to the carpark, taking our car parking capacity to a remarkable 160 spaces – a great amenity for our students, providing safe parking off the street, and a great attraction and asset for the College.

We could not be more grateful for this, and for Ian and Pammie’s support in so many other ways over the years – for the Library, the gym, computer connections, the Gassie, the Downer House lift, and scholarships (which are, of course, a central focus for the College today).

Today, we want especially to say ‘thank you’ to Ian and Pammie for the carpark extension, but also to acknowledge with profound gratitude all their support for the College and our students.

It is not an exaggeration to say that the impact of their philanthropy is unparalleled in the history of this College.

The College Board believes that generosity of such scale and impact merits recognition alongside those major figures in the College’s history who are acknowledged with portraits in the Dining Hall. And so I am delighted to announce this morning that the College has commissioned a joint portrait of Ian and Pamela Wall, which will be painted over the next several months by Tsering Hannaford, a significant South Australian painter who is already a six-time Archibald Prize finalist – and who is here this morning.

Founders’ Day – Sunday 2 May – began with a service to honour St Mark, the Founders, and members of the College killed in World War II. Following the morning tea on the College Green, it also included the unveiling of the portrait of the eighth Master, Ms Rose Alwyn, painted by the eminent portrait artist Robert Hannaford AM, and the unveiling of photographic portraits of four other St Mark’s women of influence – the late Georgia Blain, Dr Rachel Buxton, Dr Angela Evans AM, and Ms Linda Matthews. 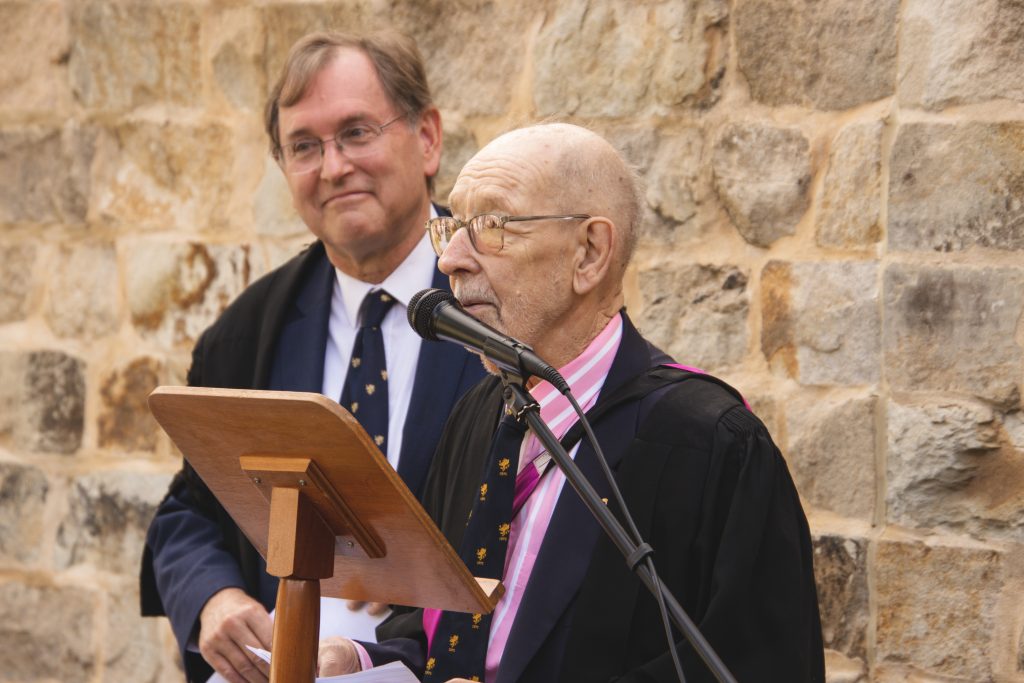 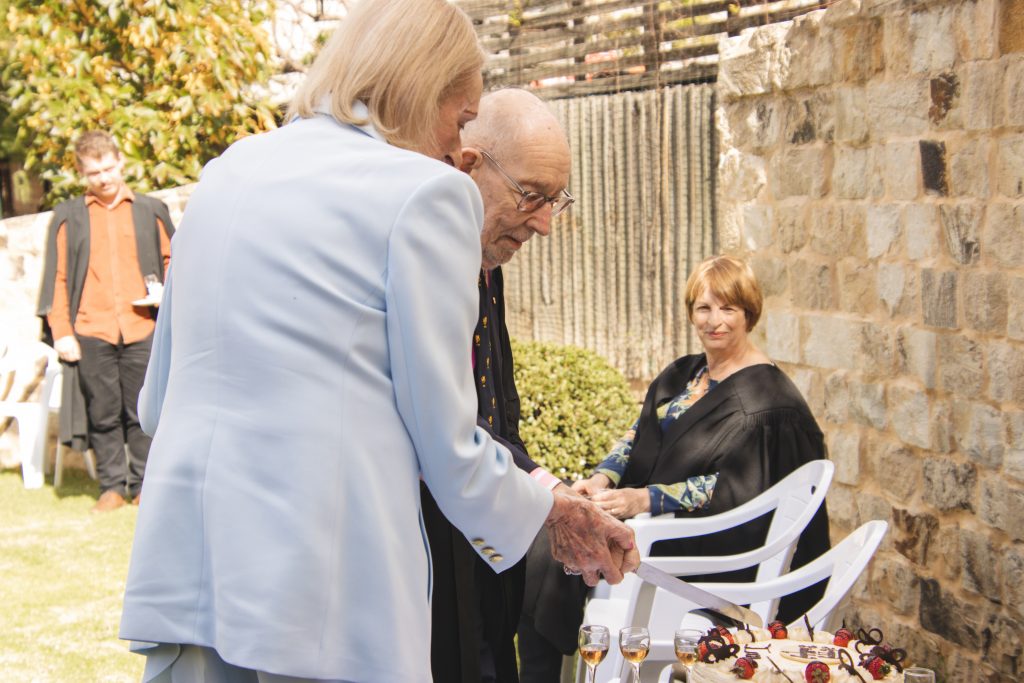 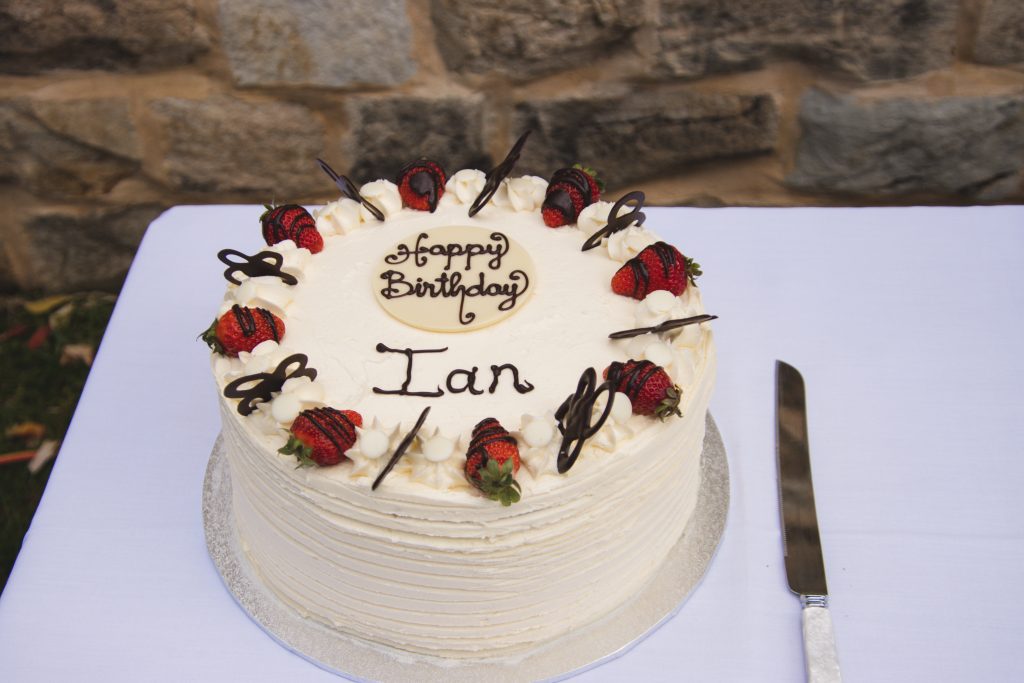 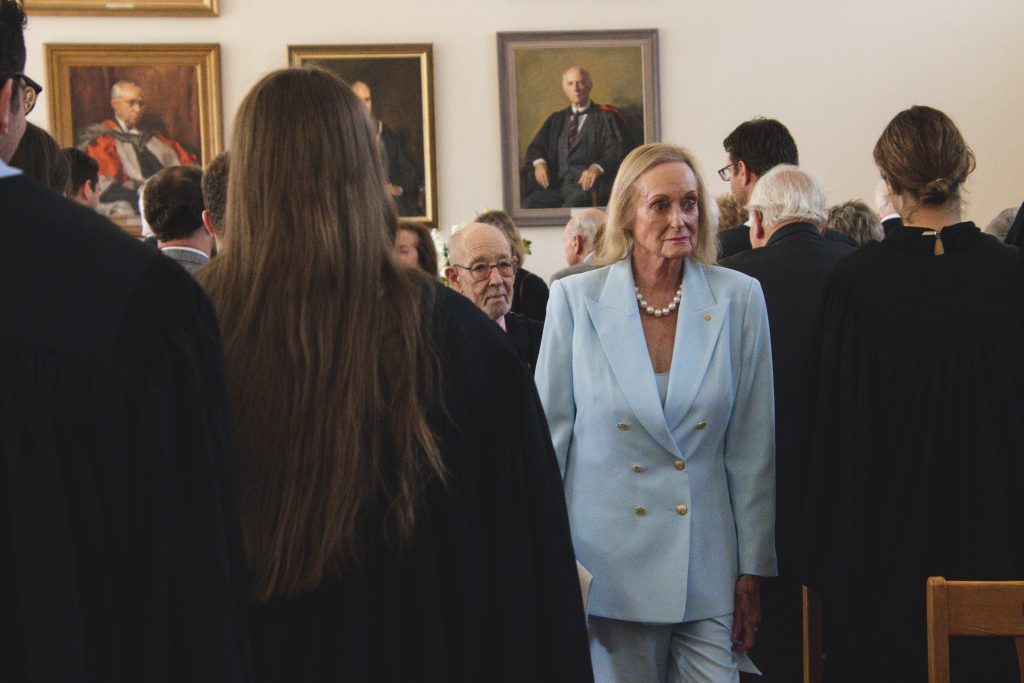