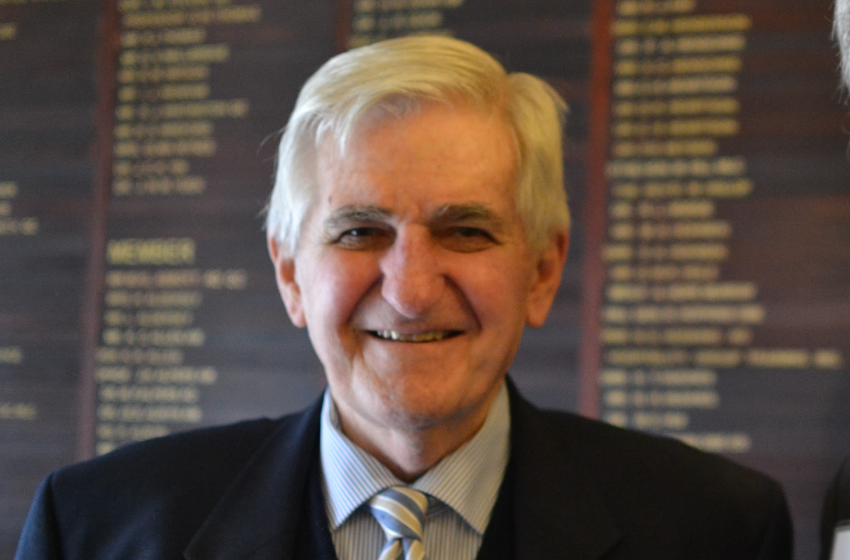 A bequest of $1 million left to the College by the late Professor Ivan Shearer AM RFD will create the Ivan Shearer Scholarship to support St Mark’s Old Collegians to study at Oxford or Cambridge.

The Ivan Shearer Scholarship was announced on 9 December 2020, which would have been Ivan Shearer’s 82nd birthday.

An international law academic and practitioner who developed a high global reputation, Ivan Shearer (1938-2019) was Dean of St Mark’s College from 1968 to 1971, and an Honorary Fellow of the College from 2005.

The Ivan Shearer Scholar must have been a resident student at St Mark’s for at least one academic year.

The creation of the Ivan Shearer Scholarship reflects St Mark’s close affinity with those great collegiate universities, going back to the founding of the College in 1925. Many of the founders of St Mark’s had themselves studied at Oxford or Cambridge, and wanted to give students in Adelaide similar collegiate opportunities.

The first call for applications for the Ivan Shearer Scholarship is likely to be in 2021. Members of the College interested in being considered for the scholarship are encouraged to contact the Head of College, Professor Markwell, for an early discussion of their interest.

With periods away for international work, including in the United States, Germany, Malaysia, and Lesotho (where he declined the offer of the position of Attorney-General), he remained at St Mark’s until 1974, including serving as Dean (1968-71) and for some time as a Member of the College Council.

As a teacher, including in his “retirement”, Ivan was renowned for his warm concern and help for students, perhaps especially for those who struggled. He is gratefully remembered for his strong and sustained support for mooting by law students, including the involvement of Australian students in international mooting.

For 40 years, Ivan Shearer served, first with the Royal Australian Air Force, and then with the Royal Australian Navy, rising to the rank of Captain in the RAN, and being recognised with the Reserve Forces Decoration (RFD). He advised the Australian Defence Force and the Department of Foreign Affairs and Trade on international law, including the law of the sea and the laws of war (especially the law of naval warfare, including at the time of the first Gulf War in the early 1990s). It was for this work, including the training of naval lawyers, that he was made a Member of the Order of Australia (AM) in 1995.

Ivan’s international service included two terms as a member of the United Nations Human Rights Committee (2001-08), for which he was nominated by the Australian Government, and academic contributions of many kinds, including as Charles H Stockton Professor of International Law at the US Naval War College in 2000-01. Within Australia, he served as a Senior Member of the Administrative Appeals Tribunal from 2004 to 2008.

Living back in Adelaide after his retirement from the University of Sydney, Ivan was an active and generous supporter of St Mark’s College, including as a significant donor to the building of the East Wing.

The College is profoundly grateful that Ivan Shearer’s generosity through his bequest will enable members of the College to study at Oxford or Cambridge as Ivan Shearer Scholars – transforming the lives of outstanding St Mark’s students for generations to come.

Ivan Shearer’s passing in July 2019 was mourned by his loving family and a wide circle of friends around Australia and around the world. On what would have been his 81st birthday in December 2019, the University of South Australia Law School hosted a major international law workshop in his memory.

The Australian Year Book of International Law in 2005 (vol. 24) contained several significant essays on different aspects of Ivan’s work, and can be accessed here.

The Ivan Shearer Scholarship will be a permanent and fitting memorial to a man of great intellect and generosity of spirit, who is remembered at St Mark’s with warmth and deep gratitude.

Photo: Ivan Shearer in Downer House, St Mark’s College, for a reunion in 2012 of members of the College from the 1960s.