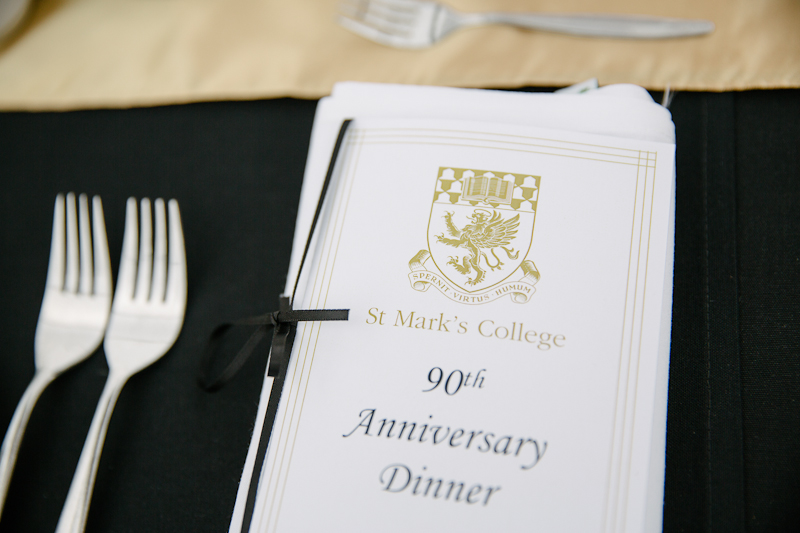 The College celebrated its 90th anniversary in style with a black tie dinner on Saturday 28th March. The date was selected to coincide closely with the official opening of the College by then Governor Lieutenant-General Sir Tom Bridges on 15th March 1925.

300 of the College’s alumni and friends gathered in a spectacular marquee overlooked by the Newland and Memorial buildings, the Archibald Grenfell Price Dining Hall and the newly opened East Wing.

Emeritus Professor Alexander Cohen AO delighted guests with his witty commentary and anecdotes on the subject of “Esprit de Corps”. In her response College Master, Ms Rose Alwyn drew roars of laughter; channelling the spirit of first Master Sir Archibald Grenfell Price in her address, which can be read in full in the Master’s Blog

The beloved Gas Truck was also featured, providing a creative backdrop for the photo booth, where young and old alike created their own memento of the evening.

In the words of Mr Michael Johnson (Alumnus 1962) “how privileged we have been…to have been linked to the College and in turn to have had the opportunity to apply the skills and values acquired to the betterment of community in our professional lives.”

View more photos of the celebrations in our 90th Anniversary photo album. We’d also love to see any of your shots from the photo booth if you’re game to upload them!