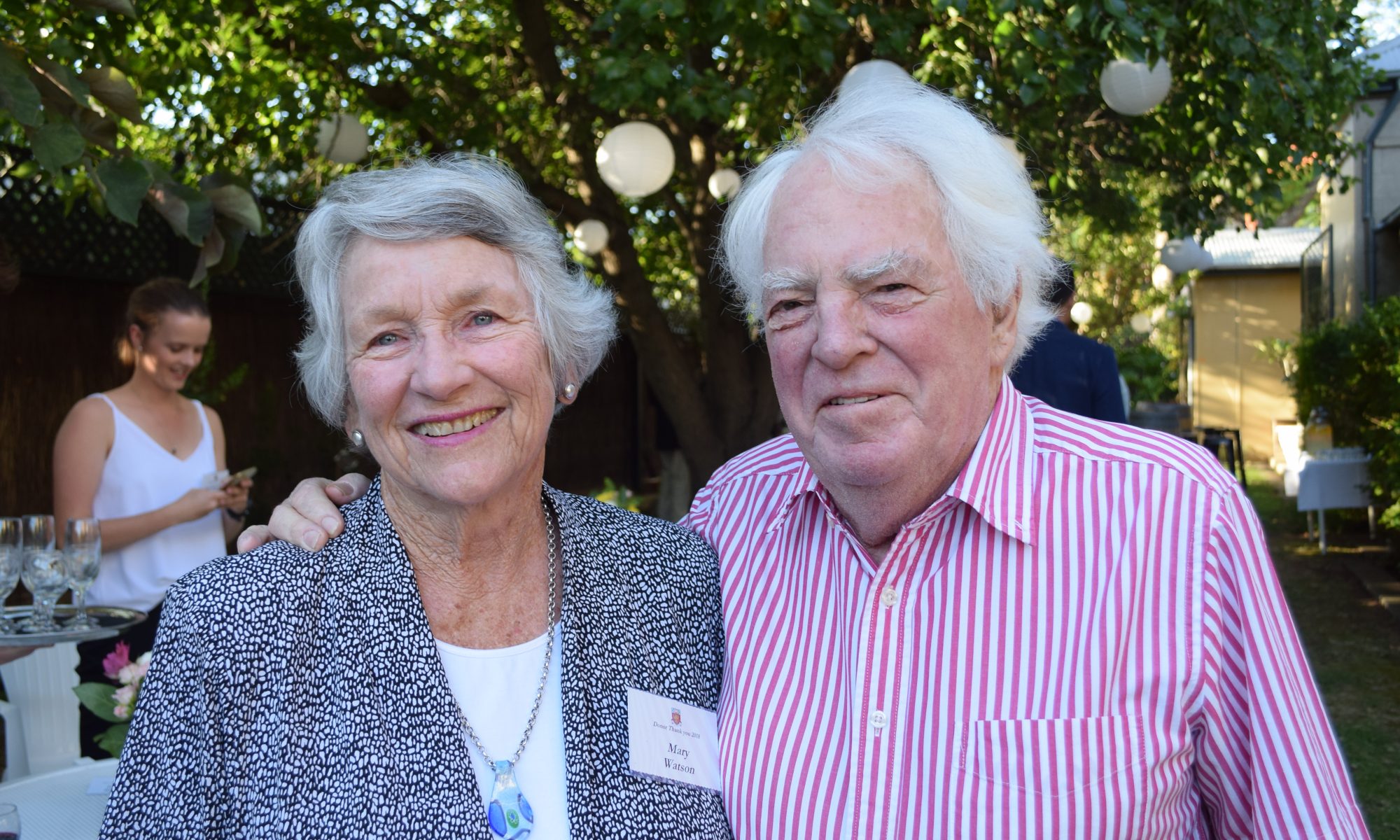 Richard was a medical student at St Mark’s from 1956 to 1961, and later served the College in many capacities, including as a member of the College Council from 1976 to 1993, in which year he was elected an Honorary Fellow of the College.

Our deepest sympathy goes to Mrs Mary Watson and their sons, Mark and Guy, and their families.

There will be a private funeral for Richard on Thursday 25 June. It will be live-streamed, and details are here.

Richard Wyndham Watson was born in Yorketown, South Australia, in 1936, and was educated at St Peter’s College, where he was a House Prefect and took part in rowing, football, and the debating, science, and music societies.

Richard was also very active in other aspects of College life throughout his six years in residence at St Mark’s. His College Club roles over the years included Comptroller of Coca Cola, Curator of Telephones, Buttery Curator, and member of the College Club Committee in 1960 and 1961. He served as College Archivist in 1961.

At the end of that year, Richard graduated MB BS, and subsequently added FRCS (Edinburgh) (1968) and FRACS (1972) to his medical qualifications. His early medical work including lecturing in Anatomy at Guy’s Hospital, London, in 1964-66, and working mainly in plastic surgery in Bristol and Glasgow (1967-71).

Richard returned to Adelaide as Senior Visiting Specialist (Plastic Surgery) at the Queen Elizabeth Hospital, from 1972, and helped set up and was head of the Plastic and Reconstructive Surgery Unit there from 1989. From 1972, he also lectured in surgery at the University of Adelaide.

In the 1950s, Richard had undertaken National Service in the Royal Australian Navy, and during the years spent in the UK from 1963 to 1972, he joined the British Army as a medical officer, was made a captain, trained as a paratrooper, and was subsequently appointed patron of the British Airborne Forces Association of South Australia, a position he held until his death. He also served from 1972 as a consultant plastic surgeon to the Australian Army and RAAF.

Richard’s other professional service from the 1970s to the 2010s included as a foundation member of the Australian Association of Hand Surgeons, Chair of the AMA Medico-Legal Committee, and member of the SA Heath Commission Task Force on Patients’ Rights. He served as ship’s surgeon twice on supply ships to the Antarctic, in 1982-83 and 1986-87, charged with recording the bird logs on both expeditions, and as ships surgeon on Pacific Island cruises from 2003.

Soon after his return to Australia from his medical work in the UK in the early 1970s, Richard resumed his active involvement with St Mark’s which continued until prevented in recent times by ill health. Richard served on the College Council from 1976 to 1993, including on the Executive and Finance Committee from 1979 to 1993, and on the Education Committee from 1986 to 1993.

Richard also served on the Committee of the Old Collegians’ Association from 1977 to 1981. He was active in fundraising for the College from the 1970s, including as a member of the Foundation Board from 1984 to 1989. Amongst many other gifts, Richard donated the equipment which enabled the College to set up a drafting room for engineering and architectural students, and an anatomical skull for use by medical students.

One of Richard’s most important contributions to St Mark’s was to the Library. In 1988, at his instigation moves were made to set up a Library Sub-Committee, of which he became the enthusiastic chair, and a professional librarian was appointed. Richard chaired the Library Sub-Committee until he went to Oxford in 1993 for graduate studies, and rejoined it in 2001, serving until 2009. He had a strong commitment to the modernisation of the Library, including the security and expansion of the collection and the preservation and display of the rare books.

Pirjo Rayner, the professional librarian whom Richard helped to appoint over 30 years ago and who continues to serve as our Librarian today, has written that we owe Richard “a great debt of gratitude” for his commitment to the Library, “his unwavering support and also for his very enjoyable company”.

This enthusiastic involvement with the St Mark’s College Library (and also with the library at the Adelaide Club) reflected Richard’s wider literary and scholarly interests. For some years he wrote book reviews in the weekly literary section of The Advertiser. His interest in history and classics led him in 1989 – in his 50s – to undertake the secondary schools’ matriculation course in Classical Studies, which he passed as equal top student in the State.

This led on to Richard’s decision to go back to the UK to study History at Christ Church, Oxford, which he did in 1993-95, graduating with an MPhil – and making life-long friends among students there, just as he had done in his six years at St Mark’s nearly four decades before. For several years following graduation from Oxford, he applied his historian’s skills by leading numerous groups on tours through Europe and Turkey and providing lectures on specific histories of the regions.

Before going to Oxford, Richard’s outstanding services to the College were recognised with his election as an Honorary Fellow of the College, and a dinner in his and Mary’s honour in the Senior Common Room.

Richard’s service to the College continued after his return from Oxford – including serving as Acting Master during Master Robin Ashwin’s leave of absence in April and May 1998, serving again on the Library Sub-Committee, and until recently on the Honorary Fellows Committee.

Richard and Mary have been great supporters of College events, and Richard continued as a generous donor to the College (including for building works and scholarships) and was recognised as a Benefactor of the College Foundation.

Richard is remembered in the St Mark’s community as a kind, gentle, warm-hearted, humble, amusing and engaging man, who was also confidently decisive in a collegial way: in the words of one who knew him well, “a true delight”.

We give thanks for the life of Richard Watson, and his outstanding service to St Mark’s College over so many years, and again send heartfelt condolences to Mary and their family. 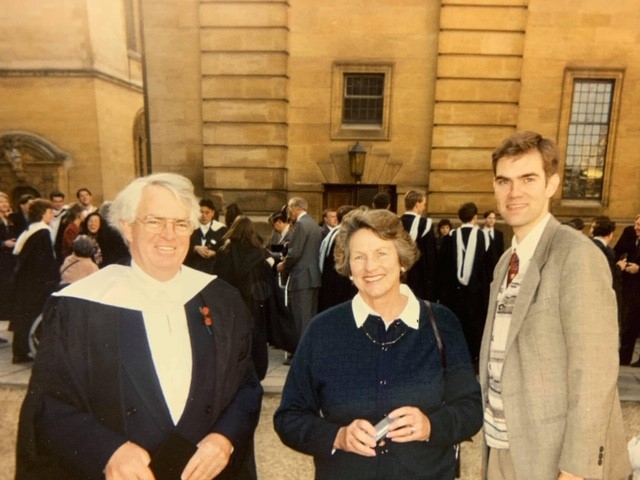 Image: Richard and Mary Watson in Oxford, with Dr Laurence Claus, at Richard’s graduation from Oxford, 1995